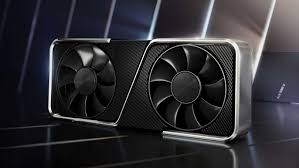 A global shortage of graphics cards is making it difficult for consumers to get their hands on them at a fair price. Here’s why it feels impossible to buy a graphics card in 2021.

Prices Are Soaring and Availability Is Dropping
Graphics processing units (GPUs) or graphics cards are an essential component for most people who use a desktop computer. They are responsible for creating the display output of your PC, allowing you to view multimedia content, and rendering the complex 3D graphics in modern video games. They’re also vital for creative professionals, as they allow computers to run tasks like graphic design, video editing, and 3D animation.

If you’ve attempted to build or buy a computer in 2020 or 2021, you may have noticed insane spikes in prices for graphics cards and the widespread unavailability of new cards. Most retailers, from online parts sellers like Amazon and Newegg to big-box stores like Best Buy, have almost no graphics cards left. In marketplace websites, like eBay, prices for resold or second-hand GPUs are several times higher than their original suggested retail price.

This presents a large problem for many computer-building enthusiasts, multimedia practitioners, and gamers, as even the day-to-day of running a PC relies on the graphics card. This has forced many to purchase old models from a decade ago, spend thousands of dollars on the used market without a warranty, or use the inferior integrated graphics that come with their processor. The shortage has also driven away potential first-time PC builders from creating their own systems.

The Global Chip Shortage
The PC graphics card industry is dominated by two chip manufacturers: Nvidia and AMD. These two companies make up nearly all dedicated GPUs found in desktop computers and laptops. Nvidia is the leader of the pack with its GeForce GTX series, while AMD creates the Radeon RX series.

The biggest reason for the lack of supply is an ongoing global shortage of silicon chips. Computer chips, also called semiconductors, are mostly made from an element called silicon. Because of the pandemic, the world’s largest semiconductor manufacturers, such as Samsung, were forced to slow or halt production entirely. This stoppage in production, coupled with the rising demand for consumer electronics like computers and gaming devices also driven by the pandemic, has made it difficult for manufacturers to meet that demand.

While the silicon chip shortage has had a severe impact on the graphics card market, it’s not the only industry affected by the supply issue. A wide range of consumer products, from computer-powered cars to game consoles like the PS5 and Xbox, have faced severe availability issues and rising prices. Major products, like Apple’s iPhone 12, were launched delayed because of concerns of stock availability.

Cryptocurrency Miners
However, graphics cards seem to be even more difficult than other electronic products, like cellphones and even CPUs. The other big reason that the demand for GPUs has increased in the last year is cryptocurrency mining, which is the process of using the power of a computer chip to introduce new tokens into circulation. Mining for crypto often utilizes the processing power of a graphics card, and therefore, a mining rig may have multiple graphics cards that aren’t running on a desktop setup.

This has become a point of contention among many general consumers. Unlike GPUs used for gaming and general work, GPUs used for mining are used to their max processing limit. This means that they have little to no resale value on the used market. Nvidia has hinted that in the future, the company may reintroduce a graphics card made specifically for mining to keep them separate from consumer GPU products.

In early 2021, Nvidia attempted to block cryptocurrency mining on its RTX 3060 graphics card, but the company’s strategy quickly failed when it accidentally released graphics drivers that re-enabled mining capabilities.

The Scalper Problem
The other big contributor to the issue is market scalpers. Scalpers buy items at close to retail price then resell them for huge margins on websites like eBay. Whenever manufacturers restock new cards on the retail market again, many of them are immediately bought out by scalpers and resold for multiple times the original cost. Many modern scalpers have bots that track for new stock of GPUs and can complete a purchase before a human can even open the product page.

Some retail stores have attempted to curb scalping behavior by forcing stock limits of one item per person. If you can, you may even want to check out a physical retail store instead, as they are less likely to have stock and be affected by scalping.

What’s Next for GPUs?
According to The Verge, Nvidia has stated that the GPU shortage is likely to continue throughout 2021. As of May 2021, Nvidia and AMD have only recently gotten production back to pre-pandemic levels, and even then, demand is at an all-time high.

When Are Integrated Graphics Good Enough on a PC?
If you’re looking to build a PC soon, it may be worth hunting on the used market for a good deal instead of buying new. You may also want to utilize the slower, integrated GPU that comes with your chipset, such as Intel’s UHD or AMD’s Radeon Vega series, until you can buy a dedicated GPU at a normal price. Lastly, if you have an older model, you may want to hold off on obtaining a high-end upgrade until prices normalize.

This was originally posted by howtogeek.