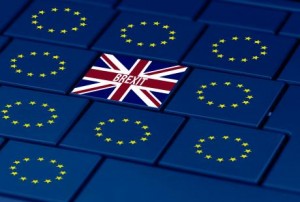 As the world speculates on the fall-out of the United Kingdom’s controversial vote to leave the European Union, the technology sector is predicting there will be serious consequences for the world’s cloud computing ecosystem, negatively impacting large cloud providers like Amazon Web Services, Google Cloud Platform and Microsoft Azure. New laws and regulations for cloud providers will have to be negotiated, delaying or possibly cancelling plans for growth and expansion in the UK.

The EU has been pushing to create a Digital Single Market that would offer standards for infrastructure and simplify the ecosystem to become an innovation leader. Since the UK will be leaving the EU, it’s IT standards will veer away from the EU’s Digital Single Market which will inevitably add additional costs to cloud providers. Many will opt to not move forward with expansion plans to avoid these costs, choosing to expand in Germany and Ireland instead. Should other countries follow the UK’s lead and leave the EU as well, each country would have it’s own regulations and would be judged individually based on importance and market size. The breakup of the EU would weaken the computing grid and data flow between countries would be in question. Instead of the four large cloud providers we have today, Amazon, Google, Microsoft and IBM, a series of country specific cloud providers could emerge. If cloud advances in the EU are cut off or seriously delayed, the cloud infrastructure build out would move to Asia causing the EU to fall years behind in the move to the cloud.

Hopefully, UK regulators will know keeping the huge infrastructure providers in their county is key to their financial stability and will move towards making the UK a Mecca for tech innovation. What is certain is the new UK cloud regulations will take months to negotiate and a protracted withdrawal process from the EU could cause cloud providers to make interim decisions with consequences that would be felt for years to come.