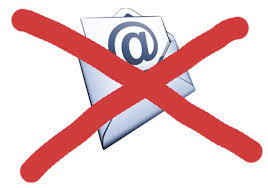 Opening email attachments from untrusted senders has long been one of the easiest ways to get hacked. But unlike other common security screwups—using “password” for your password, downloading pirated software from shady websites—there’s no practical way for a modern human to avoid opening the occasional mystery-meat attachment.

Now one technologist has produced a solution. Micah Lee, the head of information security for First Look Media, plans to release an alpha version of a free tool called Dangerzone on GitHub a week from Sunday, timed to a talk about it at the Nullcon conference in Goa, India. Dangerzone is a simple quarantine program that allows anyone to sanitize untrusted documents, neutering any tracking beacons, malicious scripts, or other nastiness that those files might carry.

Lee says he decided to build Dangerzone after years of helping journalists like those at the Intercept, the investigative news site owned by First Look. Like all reporters, the Intercept’s newsroom sometimes needs to open attachments sent by unknown sources that might contain anything from a megascoop to malware. After some testing, Lee plans to host Dangerzone on its own website, like his earlier software invention, the Tor-based file-sharing tool Onionshare.

“The problem with opening up attachments from untrustworthy sources is that they can be malicious and hack your computer,” Lee says. “I wanted a way for people to make documents safe on their own, without having to send them to someone on the security team to neuter them. I wanted to make this easier for everybody to do.”

Hackers frequently use malicious attachments to get a foothold inside a target network, from the Russians whose cyberattacks on Ukrainian power utilities began with tainted Microsoft Office docs to the Iranian spies recently targeting governments across the Middle East with booby-trapped emails. Even Tibetan buddhist monks targeted by the Chinese government joke that they’ve learned to “detach from attachments” after years of attacks.

Dangerzone allows you to open sketchy documents—PDFs, Word docs, PowerPoints, and their LibreOffice and OpenOffice equivalents, as well as picture formats like .jpgs, .pngs and .gifs—in a sandboxed “container” on your machine, a part of the operating system that has no access to other parts of the computer or to the internet. To create that offline, quarantined aquarium, Dangerzone uses the popular, free container software Docker, which it also installs automatically when you first run the program.

After you open the suspect file in that sealed box, Dangerzone uses the open-source software LibreOffice to convert anything that’s not already a PDF to a PDF format. It then uses the open-source software Poppler and ImageMagick to reduce that PDF further to red, green, and blue pixels. From those raw visual ingredients, it rebuilds the document in a second container, recreating a sanitized PDF with no hidden code, animations, or even web links. (Thanks to that pixel-rebuilding process, the software outputs a PDF regardless of the file format it takes in.) Dangerzone also uses the optical character recognition software Tesseract to convert letters and numbers in the PDF back to machine-readable text, letting you copy text from and search the file.

Think of it like taking a piece of paper that someone has sneezed on and putting it in a Xerox machine. The copy that comes out is visually identical to the original, but carries none of the potential risk of infection.

Also like that Xerox copy, the documents that Dangerzone produces aren’t exact replicas. When WIRED tested an early version of Dangerzone, it worked perfectly to create sanitized PDFs out of most PowerPoint, Word, and PDF files, though it took as much as a few minutes in some cases to convert them. But other document types came out more mangled: GIFs, as you might expect, turned into inanimate, multipage PDFs filled with some strange pixelated images on some pages. Excel spreadsheets turned into collections of numbers floating on white pages rather than a neat grid, and some PowerPoint slides were rotated 90 degrees for some reason. One PowerPoint with an embedded video resulted in a “Failed :(” message.

Despite those quirks and a few lingering bugs, Dangerzone represents a long-overdue attempt to help ordinary people open attachments without fear, says Harlo Holmes, the director of newsroom digital security at Freedom of the Press Foundation. Holmes points out that some technically sophisticated and paranoid users already use other tricks to neuter dangerous attachments, like opening them in virtual machines, or in the ephemeral operating system Tails, or by exploiting a feature of the operating system Qubes that can convert PDFs to “trusted PDFs.” But Dangerzone, at least when it’s out of its testing phase, will bring the same security to the overwhelming majority of people who don’t run obscure operating systems or casually spin up VMs. “This is going to equalize everyone’s security when they open stuff on their computers day to day,” Holmes says. “It simplifies everything and gives people a vast degree of security they wouldn’t have had otherwise.”

Holmes warns that, like any security software, no one should put too much trust in an early test version of Dangerzone. Lee himself concedes that an attacker could find vulnerabilities in LibreOffice—which Dangerzone uses to open documents—and also in Docker, which combined could let malicious code break out of the quarantine and run on a target computer. But Dangerzone nonetheless significantly raises the bar for attackers, and thanks to its simple design doesn’t present any obvious ways to defeat its security. “It still has quite a ways to go before anyone should blithely just run it and expect it to stand up to the most targeted and extreme cases,” Holmes says. “But the simplicity of it goes a long way.”

For the vast majority of people who have to open files sent to them by strangers on a regular basis, even an imperfect solution may be better than the alternative: double-clicking on that shady attachment and rolling the dice.

This was originally posted by Andy Greenberg for wired.com.