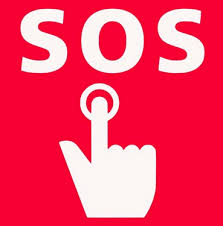 A new feature that will soon be available in Pixel phones and some Android devices may just prove to be a life-saving one. It will allow users to contact emergency services using the automated voice feature when they are unable to talk for one reason or another.

Emergency Situations
Emergency situations are sometimes unavoidable, and in many cases a quick call to emergency services is critical to controlling the situation or even saving a life. However, there are some cases wherein a person is unable to make the call because they can’t talk, whether this is because they have a speech impairment, are injured, or in a particularly dangerous situation.

Soon, Google will be rolling out an emergency feature that could work around this problem. Using the Phone App on the Pixel and other select Android devices, people will be able to make calls to emergency services and provide them with the information needed to send proper help.

New Google Emergency Feature
With the new feature, users can tap the “Medical,” “Fire,” or “Police” buttons on the phone app during an emergency call to let the operator know the kind of help required. Using an automated voice service, the operator will also receive information on the user’s location from the phone’s GPS, something that is often already shared with the operator during emergency calls.

The feature can work whether or not one has data connection, and the user can also speak to the operator even after activating the feature. The contents and information shared using this feature, such as the nature of the emergency and the caller’s address, will remain between the user, the operator, and the emergency services.

The feature will be rolling out in the United States in the coming months starting with Pixel phones, and Google will be collecting feedback from public safety organizations to make the feature “as helpful as possible.”

“We look forward to continuing our collaboration with the emergency services community to make people safer,” said Google Product Manager Paul Dunlop in a statement.

This was originally posted by Athena Chan for TechTimes.